Scooters in Out-of-the-Way Places - a Lammy in Alice

I was casually watching an old film made by the Commonwealth Film Unit in 1962 about Australian Railways, as one does. As I watched the Ghan pull out of Alice Springs, I spotted a red thing at 16 mins 25 secs. I rolled back to discover it was a Lambretta Scooter. A Lammy in Alice in 1962! Think of that!

Stay tuned to this video after the Lammy appears for the next sequence about the "Tea and Sugar" train which not only brought supplies to remote central Australian communities but a bank, health and chest X-ray services. Hmm the common-wealth seemed to be better shared in those days. I also discovered that Australia used to make things like locomotives and carriages which were also exported. Gosh, sometimes I think our country is going backwards. Ha ha. 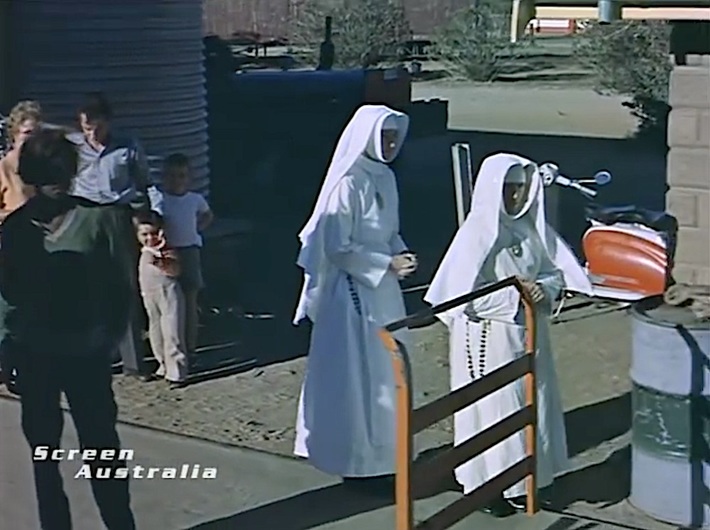 I have seen a few scooters in some old Melbourne W Class Tram footage on you tube .

I’ll see if I can find it again

Not a great pic but scooting past in a blink of the eye on the far right , 7:03 in

Sorry I cannot upload the image :( 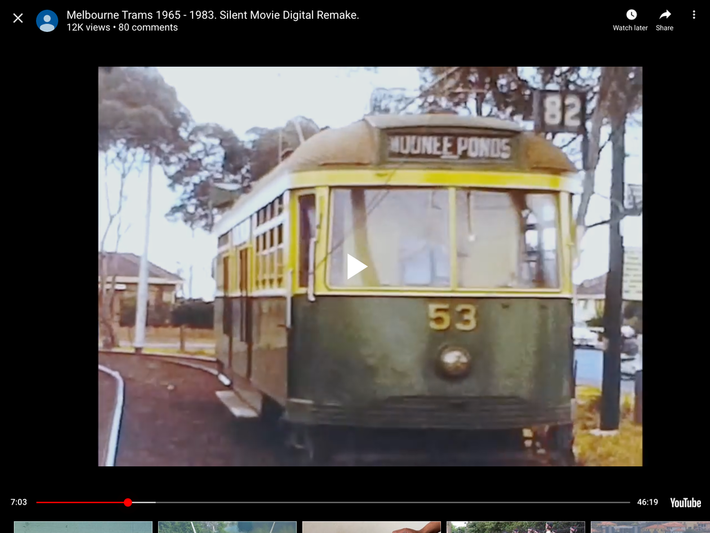 Thanks for this post Lisa. Considering that all 46 minutes of this film is about traffic, its surprising how few two-wheeled vehicles make an appearance. However after one month of careful analysis of the footage frame-by-frame, I believe I have discovered two more scooters. At 32:57 there is a Vespa scooter behind a tram. Hey, it could be me! I was around then and I had a blue-grey VB1. At 37:10 the rear of a white Vespa can be seen receding into the distance. Of course these pixelised blurry blobs may just be a figment of my imagination.

Of other interest was:

4:44 - the old wooden tram bridge across the Maribyrnong River

14:00 - the “Newsday” tram. That was an evening paper Melbourne used to have. It didn’t last long.

30:30 - kids cycling in the middle of the tram tracks along St Georges Road

Briquettes were things from Yallorn made from compressed brown coal. You chucked them in the fireplace to keep warm during winter. Just about every suburban railway station that had a good siding sold them in a hessian bag.

The video jogs plenty of memories. Thanks again Lisa

Yes it was you on the VB1

did appeal to me too .

Thank goodness for tram, and train “nutters” recording all this wonderful footage .

Oh YES!  Here is the ASIO enhanced image of David on his VB1. 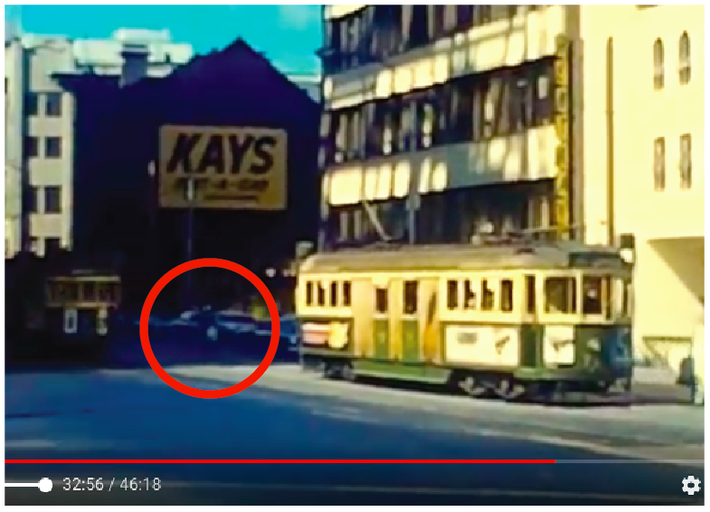 This thread is priceless.... great find and well what can I say David..that just has to be you :)