It was exported from Italy to Japan (hence the handlebars indicators) and subsequently privately imported to Tasmania. When the owner moved to Melbourne 12 years ago I was involved in obtaining a RWC to transfer it to Vic plates.

Since then the bike has been used only once but it was kept registered all these years.

The owner moved to an apartments block in the city and, as he was no longer able to store it safely, decided to sell it.

I was not even aware of the existence of a Vespa 100. As far as I knew the small frames were the 50s, 90s and 125s. Apparently the 100 was produced for the Japanese and American markets. The American version had the indicators mounted near the headlight and 2 big lenses rear one near the plate. It was called the "100 Sport" and it had a left door covering a battery compartment.

On this one the wheels, the bumper bar and the flywheel covers had been chromed and it had white wall tires that had turned yellow (as they do). The seat had a laceration on the top and I have got it relined by Chris O'Shea, the upholster that does all my clients vespas. I had the wheels powder coated silver (as they should be) and the bumper bar + the flywheel cover powder coated black, got rid of the yellow tires and here she is, looking as it was when it came out of Piaggio with every part and screw absolutely original. 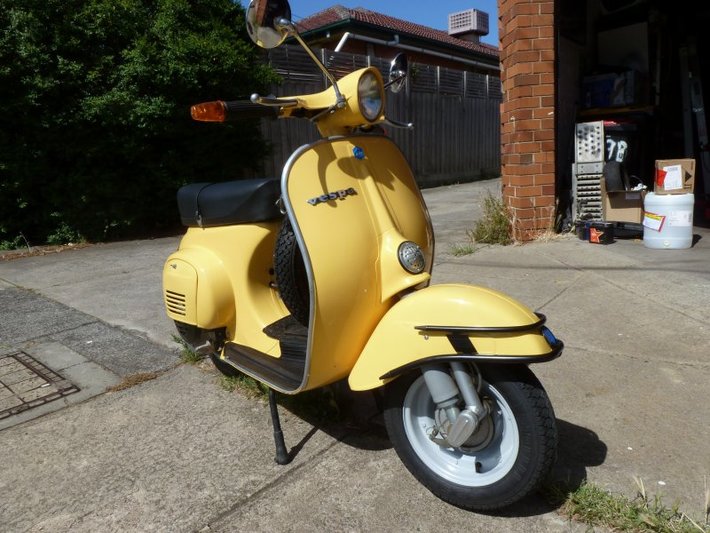 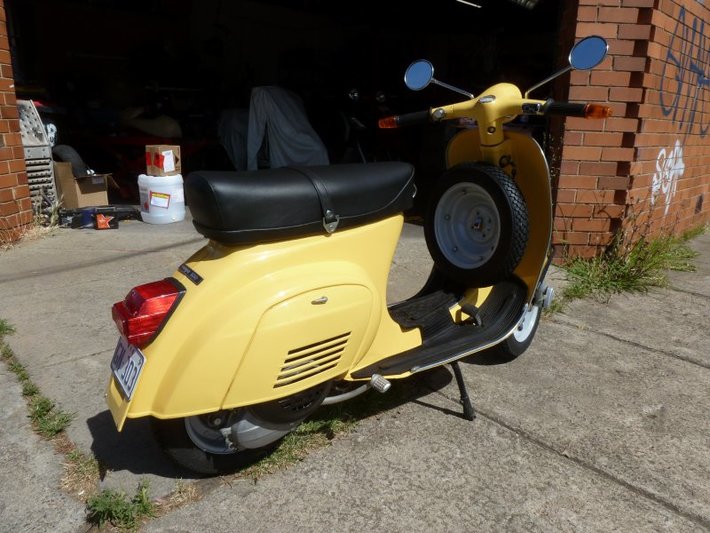 She is looking gorgeous Roberto, can't wait to see her on the road... Well done.

It looks even better 'in the flesh'. A unique ride for sure Roberto !

wow, looks new out of the factory!