Those of you who have been following the posts from Vincent about the 68 Sprint refurbish will be interested to note that the project has been completed and "Bella" now has 65km on her newly refurbished odometer. Bella is the third Vespa to join our family after my daughter bought her 2014 sprint then my got her PX. I ride big bikes: no one was ever going to see me on a Vespa. The PX changed that and when the 68 came along (a dastedly plot hatched by Denise and Roberto), I was hooked albeit on one condition: the only non period feature would be the paint colour. If I was going to ride a Vespa, there was only one colour; Ferrari Rosso Corsa (off the shelf formula). Done!

What started life as a VERY tired but original scoot has subsequently been given the ground up resto treatment by a team of very talented people: Vincent Stok's artistry brought the frame back from the dead; Andrew and Stu at Miracle Spray Painting saved my bacon and the scoot by painting over my first lacklustre spray attempt after countless hours of body contouring. They performed a miracle transformation.  And finally Roberto, head of project and the "Wizard" who pulled it all together and rebuilt her heart. Pure magic Roberto !!

The final product is a thing of beauty, well at least to this beholders eye (and I acknowledge I'm slightly biased).  I picked her up yesterday, filled in the logbook, added some fresh pre-mix and tentatively rode away. It was my first ride on a vintage vespa with a single saddle. A very different riding experience from those I'm used to. Best described as a comfy pogo stick. So with my knees resting against the spare tyre, gently and mindfully rode off with Roberto's 'break in' words of advice playing in my head. Everything felt much smaller and lighter than I remember. It felt tight and the motor gave indications of wanting to "go" when it had had some time to run in; a little rough but willing.  Gear changes were smooth and I'd like to say flawless but, well not quite. Totally operator error though :). The first stop had me paying closer attention to braking distances thereafter; back brake has authority whilst the front is still thinking about whether it wants to join the party.  A slight adjustment to my technique was required but quickly adjusted to.  Life aboard a vespa is about enjoying the moment, the ambiance, the ride and definitely not cafe racer antics.

Trying to signal my intentions to other road users caused some amusement with my combination of hand and foot signals. At one point I pulled up next to a police car that gave me the look then a big smile and thumbs up. Having satisfied myself that I was across the Vespa, I dropped by Roberto's and was given a quick lesson in how to turn her off. He was amused by my antics with the ignition key after finally reaching across and pressing the kill switch on the handle bar. It has such complicated electronics !!!

With Melbourne's weather reaching record highs, the evenings are the most pleasant time to be out so when Denise came home, the Vespas needed to be given a run along Beach Road. Zinging along our world class boulevard in the evening light was a fitting first day for my new ride and required a glass of wine at the beach to toast to the newest member of our family.

We are looking forward to many fine adventures together and finally having a noble steed to join in with the Vespa Club activities.

See you on the road, rubber side down. 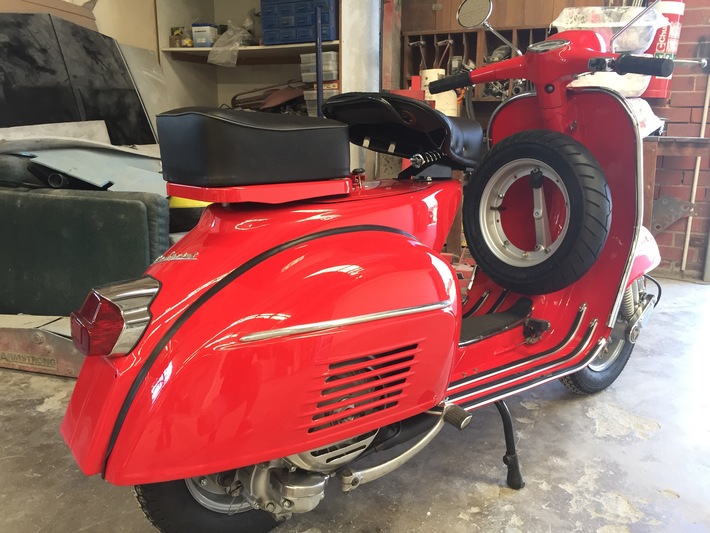 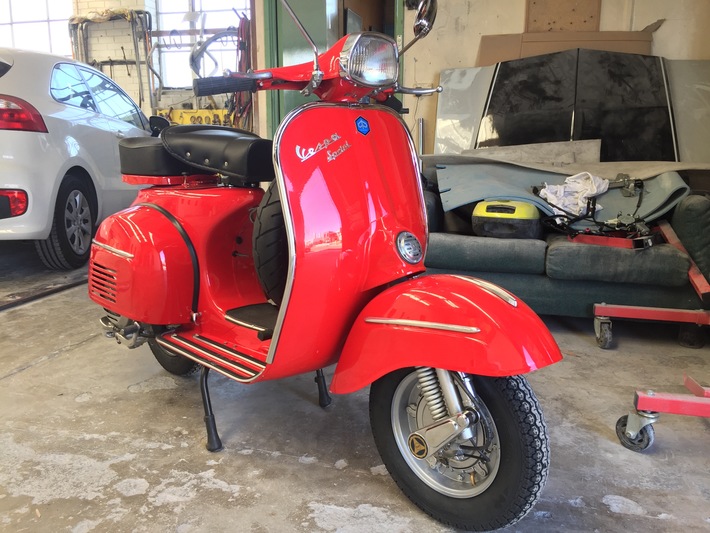 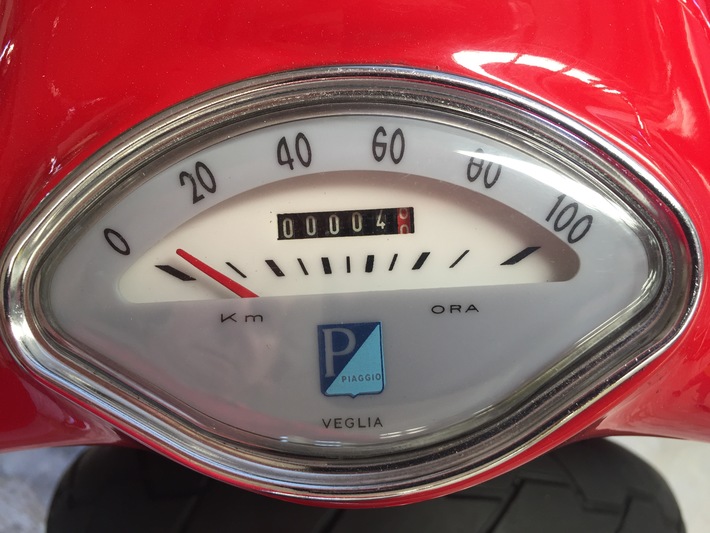 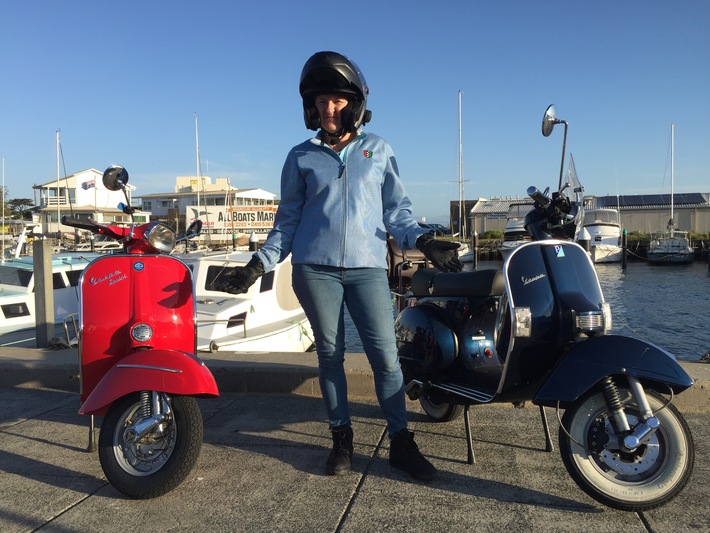 Looking forward to seeing the Sprint out and about!